5 of the best hotels in Southampton

So, you’re off to Southampton for the weekend. However, before you can go and peruse the Solent Sky Museum, uncover the secrets of the Titanic or see a show at the Mayflower Theatre, you need to find suitable digs to reside in.

If you’re looking for cheap hotels in Southampton where you simply want to get your head down for the night, all the usual suspects like Premier Inn and Ibis Budget are available – you can find a full list on Tripadvisor. If you’re looking for a step up from that sort of accommodation but still don’t want to pay a fortune per night, the Macdonald Botley Park Hotel & Spa offers a 4-star experience, friendly service, good food and a spa complete with a pool and sauna.

Prices from: around £70 a night

If it’s 5-star luxury you’re after, plus a view of the waterfront, the Southampton Harbour Hotel & Spa offers both in an upmarket package. Situated on the harbour, it’s arguably the most luxurious hotel in the city, featuring an award-winning restaurant, a multifaceted luxury spa and a destination rooftop bar.
A popular choice with those going on a cruise who want to start their trip off in style before they board the boat. 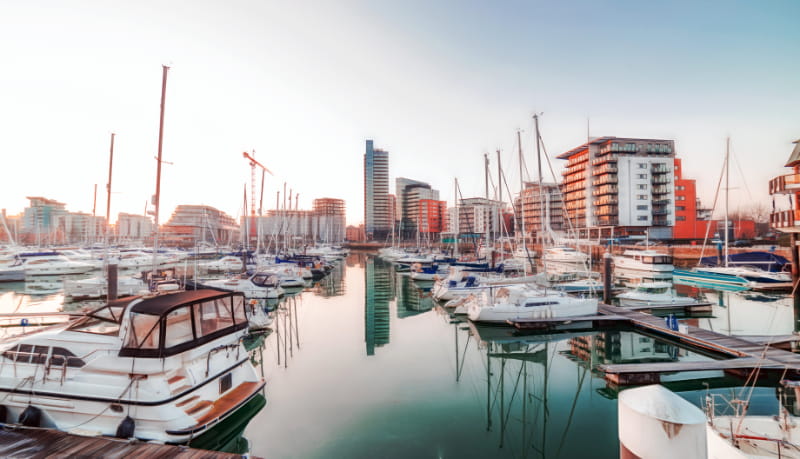 Leonardo Royal Southampton Grand Harbour, otherwise known as Grand Harbour Hotel Southampton, sets the tone from your arrival with its stunning glass atrium. Once inside you’ll find well put together 4-star rooms, the hotel’s Rena Spa, which features a sauna, bath spa, pool and fitness centre, and a Marco Pierre White Steakhouse Bar & Grill offering views of the city’s medieval walls.
Like the Southampton Harbour Hotel, the Leonardo Hotel is based on the city’s waterfront but offers a slightly cheaper option than its five-star rival.

Prices from: around £70 a night

What could be better than a hotel above an Italian restaurant? That’s exactly what the Ennio's Boutique Hotel offers, with high-quality rooms situated above the eatery, which was voted as one of the top 10 Italian restaurants in the UK. Close to the waterfront again, the opulent décor and boutique accommodation make up what is only one of two 5-star hotels in the city – the other being the aforementioned Southampton Harbour Hotel.

It's another favourite of the pre-cruise crowd but equally appealing for anyone looking for a high-class stay in the city.

The Pig in the Wall

For lovers of character properties, unique settings and an overriding sense of quirkiness, The Pig in the Wall should be your only accommodation of choice when staying in Southampton. Hidden away in the medieval walls of the city, the restaurant/hotel crossover offers 12 uniquely designed bedrooms, a deli bar and an open fire.

All the styling ties into The Pig’s wider approach to relaxed dining, and every room is crafted differently on purpose to make sure your stay is a memorable one. 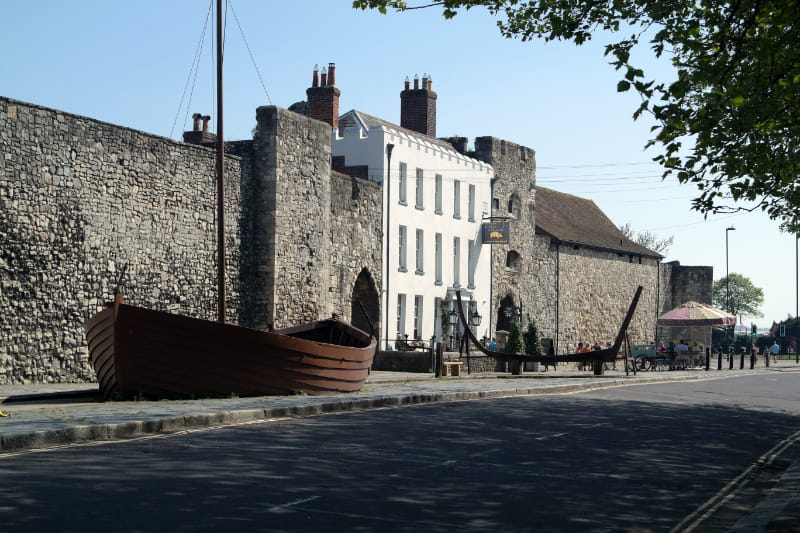 Steeped in history and maritime pride, Southampton makes for a true under-the-radar choice if you’re looking for a wonderful UK weekend away. Once you’ve sorted out where you’re staying, the next step is figuring out travel plans. If you don’t fancy the car journey, jump on a train to Southampton instead. It’s quick, hassle-free, affordable and easy for the whole family.